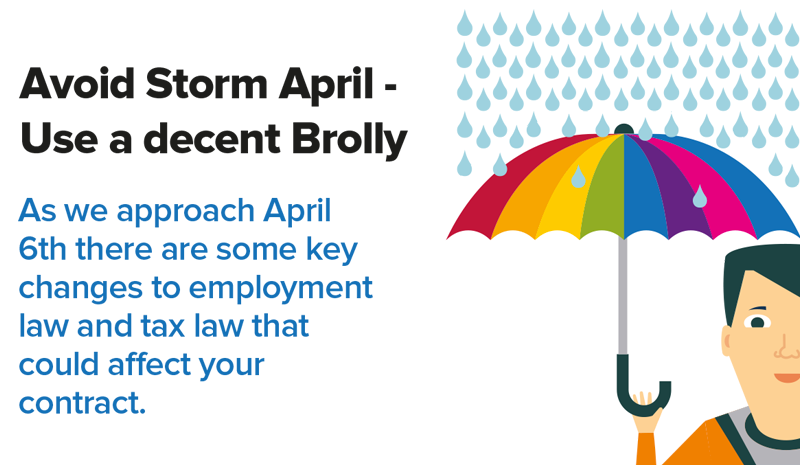 The UK has been hit by storm after storm this year.

It was decided in 2015 to name a storm after research suggested people became more aware of extreme weather warnings once the storm was given a name.

As we approach April 6th there are some key changes to employment law and tax law that could affect your contract:

As an employee of an Umbrella company the figure that you see on your payslip for gross pay must be clearly stated and must be at least the applicable National Minimum Wage rate. It is important to understand what your gross pay amount is.

This increase in National Insurance is temporary. From 2023 the Health and Social Care Levy will be shown as a separate tax.